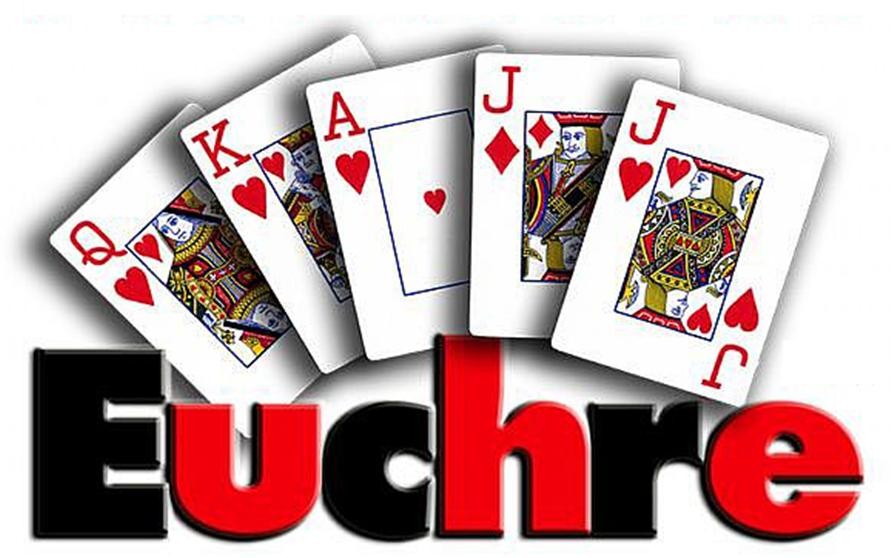 Join Kerin Realty on Sunday February 24th for a Euchre Tournament at the Summerfield Crossings Golf Club. For your chance to win $250. Dont know how to play? No worries the rules are posted below.

Euchre is an offshoot of Juckerspiel, a game that became widely popular throughout Europe during the Napoleonic era. In the 1800s, it became one of the most popular card games in America and Australia.

Euchre (and its variations) is the reason why modern card decks were first packaged with jokers, a card originally designed to act as the right and left "bowers" (high trumps). Although later eclipsed by Bridge (as with so many other games of this type), Euchre is still well known in America and is an excellent social game.

The game is best for four participants, playing two against two as partners. Therefore, the rules for the four-hand version are given first.

OBJECT OF THE GAME

The goal is to win at least three tricks. If the side that fixed the trump fails to get three tricks, it is said to be "euchred." Winning all five tricks is called a "march."

The following shows all scoring situations:

Thank you! Your submission has been received!
Oops! Something went wrong while submitting the form.